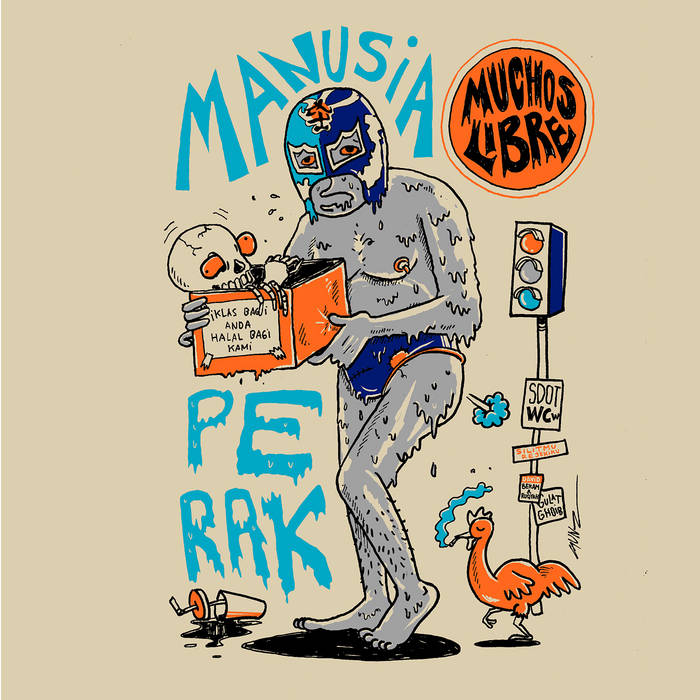 Telling the story of the silver-painted beggars/self proclaimed orphans busking (well they're not really busking since they just painted their bodies in silver and beg for money) on the busy streets of Indonesian cities, "Manusia Perak" is the poorly evil and rightly-done first line on their newly turned pages of their so-called new era of the destruction of their hypothetical wrestling ring. "Manusia Perak" celebrates a symbiosis of cynicism and sympathy, doused with triggered memories of pre-Whatsapp viral hoaxes concerning the silver brigades (or brigands?). Spare change for thy silver neighbours?