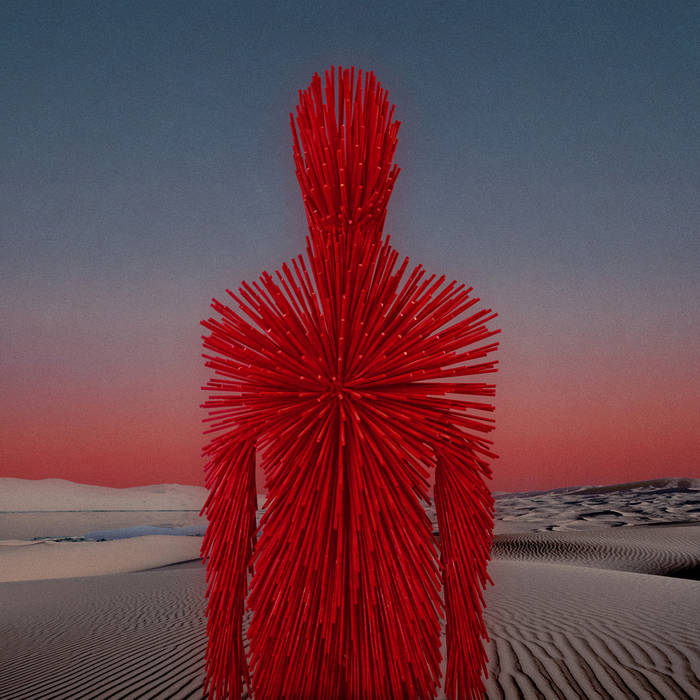 Getting Totally Psyched With Sigmun

"Crimson Eyes was about a series of tragedies. About death, about losing your sanity, about refugees of war, about deceits, about the evil within everyone."

Sigmun is one of those bands that arrived fully formed.

They entered the local independent scene in the early 2010s as four guys with well-recorded EPs, psych rock illustrations straight out of the 70s, and kickass stage visuals. The band already co-owned a record label—Orange Cliff Records—with their manager that was ready to press everything the band, and their psych rock friends, wanted to release. Sigmun didn't come in alone; they brought a whole scene of Hawkwind worshiping stoners with them. In little time, they became the new band to watch.

Their debut album Crimson Eyes was released last year to rave reviews and fan worship, cementing the band up as one of the most promising names in local indie music.

Sigmun was formed by vocalist-guitarist Haikal Azizi, bassist Mirfak, drummer Risyad, and guitarist Bob when the men were still art students in Bandung. They were basically just another gang of rock-and-metal-worshiping stoners who, by their own accord, "started playing in a band because we think it's cool to be playing in a rock band."

One of those "cool bands" Haikal and his buddies loved is Bandung retro rockers The SIGIT, whose bar-rock riffing made them a fast-favorite of angry youth and bar-hopping Australians (where the band released a record and toured a few times). So big was the Sigmun men's idolatry of the band that when Risyad left, the band took to replacing him with Tama, a drummer who has played with The SIGIT and many other bands including Thrash Metal band Donor Darah.

"We were astonished by his beastly performance," said Haikal, who knew he wanted Tama to provide backbone for Sigmun.

By the time Tama was in the picture, Bob had also left, to be replaced by new guitar player Jono.

The band took the name Sigmun from Sigmund Freud, a spur-of-the-moment choice that wasn't based much in any particular psychological interest other than it sounded cool enough.

When they started, the band pretty much took the SIGIT 's sound—and their Led Zeppelin reverence—as a template, before eventually adding more psych-rock and progressive elements to it.

"I'd say Led Zep. was what we aimed for when we first started," Haikal said. "During those college years, The SIGIT were the band that we really looked up to and knowing that The SIGIT was highly influenced by Led Zep., naturally we also looked for the guidance of the heroes of our heroes."

Getting into 70s rock led the band to discover other rock greats like Black Sabbath, Pink Floyd, King Crimson, and Hawkwind. These bands, said Haikal, shifted their songwriting from the more straight-forward nature of Blues-based rock into something "more prog-ish and more reverbish" which permeates their first Orange Cliff released EP, Land of the Living Dead.

Their next EPs would provide even more psychedelic elements. Longer songs and jammier vibes made up the bulk of the Cerebro and The Long Haul EPs.

The band's art school background is something that has given them an edge, said Haikal.

"We were taught modes and methods of the creative process in making artworks that we could also apply on songwriting," he said. "We also learned about creating and executing different concepts, but at the same time we also learned that sometimes there doesn't have to be too much scheming or conceptualizing—that we can just work with our guts and go with it," elaborates Haikal, who quickly adds that "Specifically we try to apply the concept of surrealism and automatism in our songs."

"I'd say we're still experimenting and seeking for the right sound," Mirfak added. "We don't really wanna be burdened by the idea of sticking to a certain genre, so hopefully we'll always thrive to discover something new in terms of sounds and songwriting."

Haikal's fantasy-driven lyrics and song-titles again harken back to progressive and psychedelic rock; a result of a mixture of free-flowing writing and various other influences including works by Murakami, Tolkien, as well as the Japanese animation giants, Studio Ghibli.

"I tend to work very spontaneously and intuitively when it comes to lyric writing," Haikal said. "It usually starts with rambles and erratic singing, then a whole theme will build up from those random words. For example the song 'Devil in Disguise' the first sets of words that came out were the sentence 'All your lies can't feed a man'—the other texts then came later referred to these sentence as the main set of idea."

"I love how Dylan always manages to put up so many things in his lyrics, almost like these juxtapositions that never seems out of place and always feel like they serve a purpose and always seems like they conceal a deeper meaning—although in truth they might just be his drunken rambles," he explained, adding that Gira's "lunatic" lyricism is also perfect because it is contrasted with moments of "truly touching and heartfelt words" that Sigmun tries to achieve through Crimson Eyes.

"Crimson Eyes was about a series of tragedies," he said. "About death, about losing your sanity, about refugees of war, about deceits, about the evil within everyone—and mostly about everything that I have trouble expressing in other means except through music; a cathartic experience."

All tracks written, arranged, and performed by Sigmun
All lyrics by Haikal Azizi
Vocal track on "Gravestones" by Pratama Kusuma Putra
Piano tracks on “Prayer of Tempest” and “Aerial Chateau” by Rara Utami
Rhodes and synth on “Golden Tangerine” by Grahadea Kusuf
Additional backing vocal track on "Halfglass Full of Poison" by Anindito Ariwandono